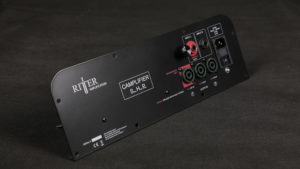 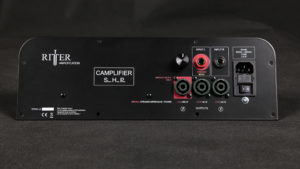 280W stereo add on amplifier module for the KPA toaster

The new Camplifier SHP Stereo High Power is the successor of the legendary Camplifier 360 amplifier module for the Kemper Profiling Amplifier “Toaster”. Hundreds of guitarists world wide use their Camplifier 360 to amplify their sound in the rehearsal room or on stage, since we introduced it to the market in 2012. Although the 360 was nearly perfect ;-), we were able to introduce several improvements into the new Camplifier SHP:

No internal fan : The 360 had an internal fan for cooling, which one could barely hear at all, even in very quiet situations.
More modern heat transfer technology enabled us to eliminate even this fan completely. That means for you : The Camplifier SHP works 100% noiseless.

Traveling the world : The old Camplifier 360 had no voltage switch option, so one had to decide in which part of the world the Camplifier would be used (120V or 230V). A world tour with this Camplifier would have been almost impossible without using voltage converters locally.
That is a thing of the past now. The Camplifier SHP can handle all mains standards this world has to offer (85-265V / 50-60Hz), without any action needed from your side. No more worries about the local mains standard during your next world tour. Just plugin and play.

Use that cabinet, no matter what : The Camplifier 360 was limited to a minimal speaker cabinet impedance of 8 ohms. That meant you could not use your old 4 ohms cabinet, or the 4 ohms cabinet which might have been provided by the local club you were playing in. Although that has been no big problem, since most guitar cabinets are 8 or 16 ohms and not 4 ohms, it is always good to have the choice and be able to play with what ever cabinet is around when you need one, right ? Four ohms, eight ohms or sixteen ohms – it does not matter. The Camplifier 2SHP will work with all of them.

Last, but not least – MORE POWER !!!! : People have never complained about having not enough power with the 360. It delivered 2×180 watts@8 ohms or 90 watts@16 ohms and that has been more than enough for almost all situations. However, the two channels could no be bridged to get say 360watts, for example. Guitarists were limited to 180 watts when using one cabinet. With the new Camplifier SHP both stereo channels can be bridged, so one cabinet can be powered with up to 280watts RMS power and with up to 1250 watts burst power. The days are over when you might have to worry about having not enough power on your hands with your Camplifier.

Burst Power 1250 W : 7 years are a long time when it comes to technical development. The new class D power amplifier of the Camplifier SHP, together with its modern internal power supply, is technical superior over that of the 360. We could not complain about the sound quality of the 360 and there was not much to improve there. However, some test users of the new amplifier state that it sounds even more transparent and more defined.
The new amplifier runs internally at much higher voltage levels and its power handling design has been vastly improved. All of this leads to much higher burst power numbers. Burst power is the power the unit can supply to a speaker cabinet for a very short time. You can think of it as “attack headroom”. That means your attack will stay nice and punchy, fast and clear – without compression or signal distortion.

The Camplifier Stereo High Power will transform your KPA toaster into a guitar stereo amplifier head, comparable to a 200+ watts tube amplifier head. Put your Kemper Toaster on top of a guitar cabinet , plug it in and start playing !

*The maximal power the Camplifier SHP can deliver is limited by the max. power capabilities of the internal power supply only.
That means that power is independent of the speaker cabinets impedance, which is connected to the Camplifier (4+8+16 ohms).
For example : A single cabinet on one of the stereo channels can get max. 280watts , regardless of its impedance (4, 8 or 16ohms).
If two cabinets are connected to one stereo channel each, the 280 watts will be distributed to these two cabinets (2x140watts).
The bridged mono output will also deliver 280 watts “only”, but it will work with double the internal voltage levels than the stereo outputs and therefore its burst power (power which can be delivered without distortion or compression for a short time) will be more than double the burst power of each stereo channel (1250 watts).